Travelling leaves you speechless then turns you into a storyteller. -Ibn Battuta

This quote may sound cliché but guess life is but a sweet maxim of real experiences. Once you travel, you go home revamped and tweaked – you’re never the same.

Day one of our trip left us completely whacked. But with power slumber, we were able to regain an energy we definitely needed for day two.

Unlike day one, day two tour is closer to Aqaba. It took us almost 2 hours to reach Petra. Yes, the lost city, the rose city of Petra due to the colour of its stone out of which it is carved! I have watched this on YouTube hundreds of times and this place extremely seized my interest.

Petra is Jordan’s most-visited attraction. It was established as early as 4th century BC in the Nabatean Kingdom (Nabateans were nomadic Arabs). Petra has been a UNESCO World Heritage Site since 1985 and known as one of the precious cultural properties of man.

The Bedouin guide (Bedouins are also Nomadic Arabs) told me that it would take two weeks for one to see the whole Petra. It is so huge that we only chanced to visit not even a quarter of it.

It was too majestic that my photos couldn’t justify the beauty of the place. I made sure to ride a horse and a donkey as part of my dreams checklist lol. The horse ride is free and inclusive in the ticket. The Siq is too much to bear – the sight is too grand to capture. The Treasury is absolutely majestic – there can never be any other word! 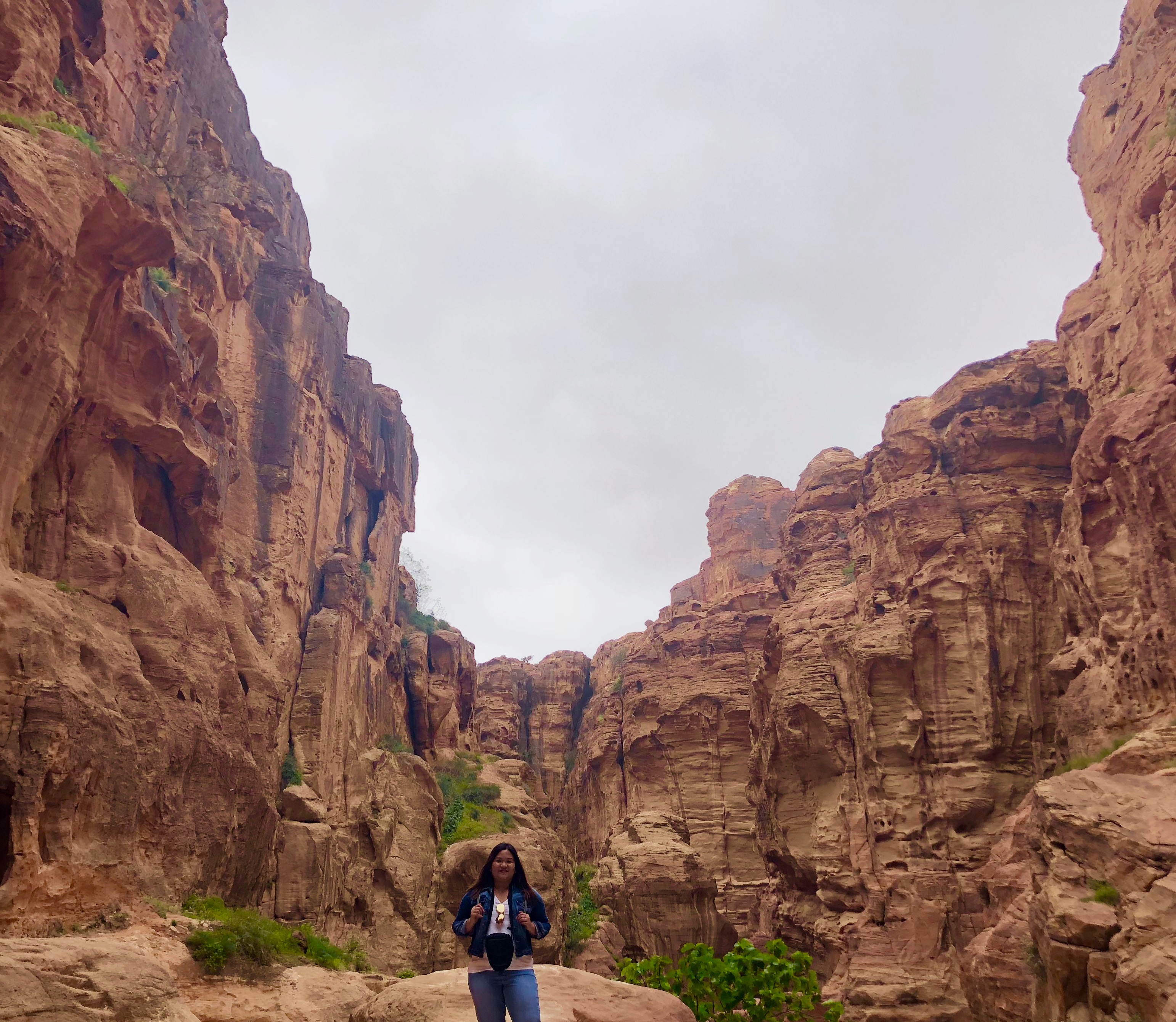 We would have loved to explore more but with limited time, I literally said goodbye to Petra and was fully grateful to have visited the place.

We dropped by a quick lunch buffet before we headed to the next place – the Wadi Rum.

Also known as The Valley of the Moon, Wadi Rum is a valley cut into sandstone and granite rocks.  We were delighted to experience a 2-hour jeep tour (though we had a pick-up) along the desert. For me, we were not so thrilled since it is quite similar to Dubai desert safari. It was nonetheless scenic with its enormous sandstone mountains and hospitable Bedouin locals. During the jeep tour, we also had tea served by Bedouins in their camp and dropped by carved stones dated centuries back (not in the photos). 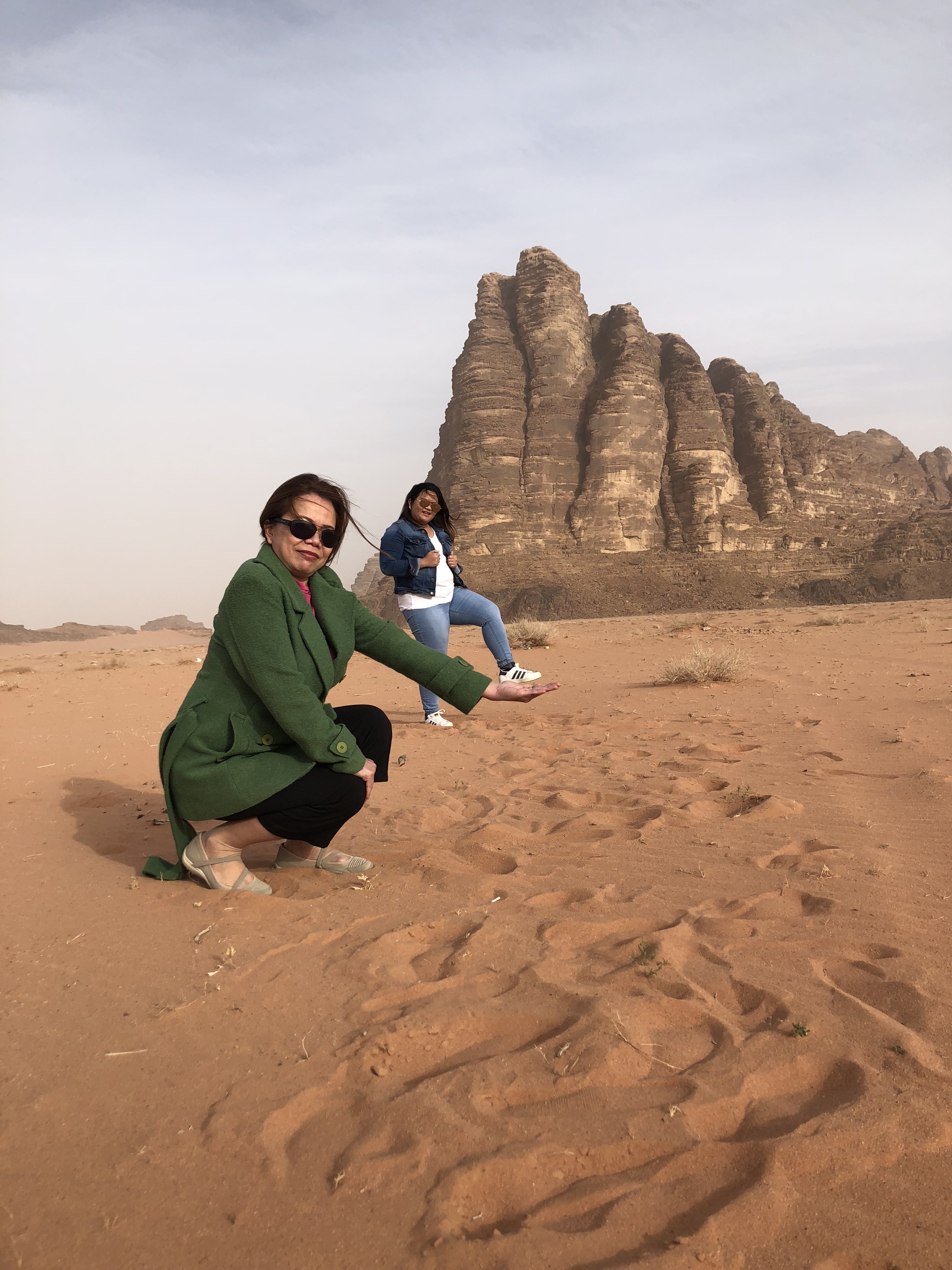 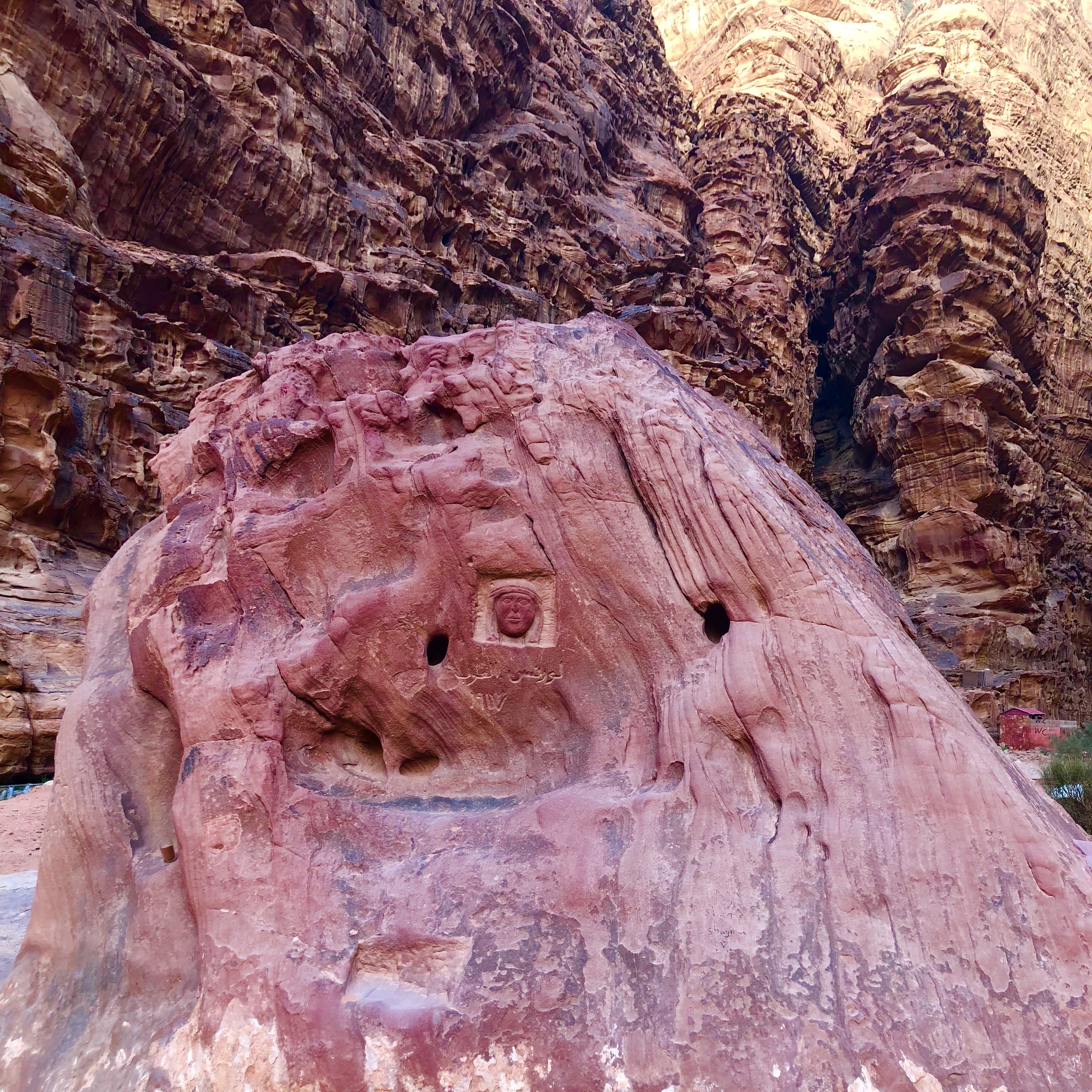 We ended the tour earlier than planned since we were exhausted for the day. Off we went and off we went back to our hotel in Aqaba.

Days went by so fast we then had to spend the fullest for our day three!

Published by MM in Dubai

MM in Dubai is a SPED teacher by profession. She is also a Content Writer and Blogger based in Dubai United Arab Emirates. View more posts